Grow your business with A/B testing

In the fierce world of online business, even the smallest changes can make all the difference in how your content and products are received. Therefore, going the extra mile to ensure that every element of the venture is tailored to gain the very best results is essential. For this reason, the concept of A/B testing could be one of the most significant parts of the entire strategy.

Here’s all you need to know about the whats, whys, and hows of A/B testing. Utilise this feature to its full potential, and it could become one of the most important weapons in your arsenal.

Get a free 7 day trial of our telephone answering service. It will change your life! 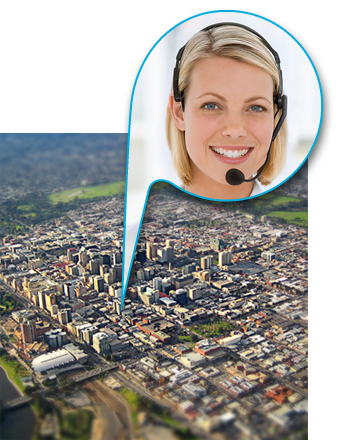 Test us out for 7 days at no cost. You have very little to lose?


What exactly is A/B testing?

A/B testing, otherwise called as split testing, is a method that strategically tests two different versions of a webpage before using the analytical data relating to each solution to decide which of the two ideas resonates best with the target audience and will ultimately generate the best returns for the business.

When using A/B testing, website managers will use two web pages that utilise identical content apart from one key element. After testing the two ideas over a set period of time, website analytics should show a clear distinction as to which is the right option to persist with for the long haul.

What can A/B testing analyse?

A/B testing can be seen as an integral feature of a Conversion Rate Optimisation (CRO) plan and pretty much any single aspect of a webpage can be analysed via the A/B testing strategy. The most common elements are:

However, the full list includes virtually every item on a page that could potentially influence a consumer’s reaction to the brand or the products in question. In addition to A/B testing items on the website itself, many businesses actively use it on email headlines, social media images, and various other items.

A/B testing analysis can also be used to judge the success or failure of a strategy on various criteria. When dealing with consumers, it’s likely that online conversions are the main incentive. However, B2B pages may focus on leads instead. Of course, thanks to the increasingly important role of mobile browsing and interactions, the success can also be monitored by changes to your offline activities.

If it can be tested to provide insight into the direction that the business should take, it has to be worthwhile.

The benefits of using A/B testing

Before incorporating any strategy that requires an investment of your time, you need to know that it is a worthwhile move or the sake of your business. A/B testing does require a little time, but the additional costs are minimal (in many cases 0, aside from the labour costs), which instantly makes it a less risky idea than many others. However, the potential rewards don’t end there.

A/B testing allows you to improve the quality of your website, social media posts, and email marketing strategies in a number of quantifiable ways. Some of the most significant benefits include:

Ultimately, A/B testing will clearly and definitively highlight the improvements that can be made on your site to ensure that new and existing clients respond as you desire. This ultimately brings more converted sales for increased revenue and profits. Best of all, the data-driven analysis makes it easy for you to digest the information while the processes themselves can be embraced in a quick and cost-effective fashion.

How to use A/B testing

The finer details of A/B testing strategies will vary slightly depending on the item that you are testing and the metric that you plan to analyse. Nonetheless, the core foundations are likely to stay consistent and your A/B test will probably focus on the following.

By using various analytical tools (from Google, your web host platform, etc.) to collect various data points, you can make observations about the user behaviours and how they change on individual pages.

From this data and observations, it is possible to build a hypothesis on how the site may be improved. For example, you may believe that the CTA or position of your images are the reasons for limited conversions.

You already have part A of the test through the existing page. Creating part B is as simple as duplicating the page but changing the one element that you wish to test by adding a variation on the existing content.

The testing phase needs to be conducted over a long enough period to see a variation in conversions, which is why you need to take monthly visitors into account. The test will essentially mean having both A and B pages live at the same time.

Look at the results from both A and B. If there is a clear winner as to which idea produces the best results, you should deploy that one. Follow this by monitoring the situation over the coming weeks to check that it is indeed the right option.

What not to do

While following the above path and focusing on the aforementioned results is vital, it’s equally important to avoid the common pitfalls of A/B testing. When you do, the rewards gained from using it become invalid, resulting in lost time and money with little to show for it.

Be sure to avoid the following:

A/B testing is a commonly overlooked strategy that can bring telling and quantifiable results that actively boost traffic, revenue, and profits. Given that it is far easier and cheaper to run an A/B test than complete other changes, the risks are minimal too. This combination of low risk and high reward means it’s the perfect tool for ongoing improvements, not least because online content is so important.

Frankly, there has never been a better time to get started. Do it well, and the future of your business will look brighter than ever.

Think that it might make good sense to explore virtual options for your business? Why not give us a call today on 1300 893 820 and we will be happy to discuss how we can help.

NO Minimum Term and NO Long Term Contracts

It's just Month to Month, so easy!

Present a professional image to the world.